The Pros And Cons Of Using FOMO As A Marketing Strategy Have you ever found yourself in a situation where your friends invited you to go on an outing somewhere, but you couldn’t make it?

Did you experience seeing pictures of them having fun together while you’re busy with whatever’s taking up your schedule?

Then, once you meet up, they keep talking about how ‘crazy that thing was,’ and when you ask what ‘that thing’ is, all they can say is ‘you should’ve been there!’

How did all of those scenarios make you feel?

Maybe you’re overwhelmed by being out of place or even how that opportunity went to waste.

Whatever the emotion you’re feeling, there’s no doubt it’s a negative mess buzzing around at the back of your mind. But to give this phenomenon a name, you can call it FOMO.

Also called the ‘fear of missing out,’ FOMO is simply the innate fear of not taking part in what the majority is experiencing.

Typically, this feeling takes place from the idea that the people who have already experienced something trending have a life that’s ‘better’ than yours.

Hence, those under Generation Z are more susceptible to this perception online, especially with Instagram growth service being created around this time.

Since they’re growing up with social media closely linked to their lives, they’re bound to see different people having different experiences.

Be it someone they know or strangers, getting exposed to this level of user density meant there’s a more likely chance for their psychological chemistry to be skewed even more with how tumultuous the younger generation’s emotions are.

Despite how extreme FOMO might be for Generation Z, that doesn’t mean this perception isn’t limited to that age group alone.

After all, the feeling of getting left out on something is a universal experience. Regardless of age, gender, and race, almost no one wants to be out of place.

Is It An Effective Marketing Strategy?

Although the emotions brewing inside people for missing out are all leaning towards the negative side, businesses utilize this experience in their favor.

Among other mediums, they have the bright idea of using FOMO as a marketing strategy using social media sites.

As effective as it is to design an eye-catching thumbnail post, that won’t be enough considering today’s audience.

Because as mentioned earlier, most of the general population has been using different social media sites. So, you could say that a thumbnail post might be less than, say, thousands of likes on a post.

But other than the likes system of various social media sites, one way to grab people’s attention is to strike a chord within the consumer.

Be it fear or worry, triggering this response may urge them to look into your products. And that’s how FOMO boosts one’s sales.

People are afraid of many things in life. That’s how humanity survived from generation to generation, after all. However, one aspect that many people fear is loss.

Be it someone they love or something they treasure, losing this is an all-encompassing pain that everyone never wants to experience. Therefore, you can see how this can be used to trigger consumers’ decision-making.

For example, insurance services would shed light on how your family would fare if an accident ever occurred to you.

While this might leave the consumer deep in thought, what can drive them to get insured is what if they died due to an accident?

This line of thought can leave a lasting impact on breadwinners, so it’s rare to see an uninsured employee.

With fear used as a driving force, it’s safe to say that your conversion rate would be leaning towards the higher numbers.

After all, fear is an emotion anyone can relate to. And given how there are different worries and concerns found in each age group or any other defining features, that fear could be utilized to raise your sales.

Are There Any Downsides?

Admittedly, while FOMO seems like a fool-proof plan for a marketing strategy, it’s not as flawless as you might think.

Because, much like with other marketing tactics, there’s a fine line between being effective and not landing well on the target audience.

And considering how this strategy targets emotions, that line might be finer than what you’d expect.

As mentioned earlier, emotions are a fickle thing. Some may find your scare tactics a cause for urgency. But on the other hand, all they might feel is indifference.

With how unpredictable the human brain is, you should expect that FOMO will likely miss its target completely.

But if you’re not selling a product since all you’re looking for are clicks and views, FOMO would be effective.

Despite its effectiveness in some circles, using fear is a limiting factor. After all, if you want to evoke a specific emotion from someone, you need to bear it in mind for everything you’re creating.

And this can leave a lasting impact on your creativity, as well as your mental state. You’ll be left burnt out since you’re exposing yourself to gruesome information to use as a reference.

So, in the end, it’s doing you more harm than good if this is your main marketing strategy.

Other than hurting yourself, there’s a high possibility you’ll be risking your business.

Since you’re presenting different information backing up your scare tactics, it can backfire if you got it from an unreliable source.

So for the sake of boosting the fear factor, you’re looking at a potential lawsuit if your business got coverage because of it.

The fear of missing out could bring out strong emotions regardless of one’s age, race, gender, etc.

Because it caters to something innate, businesses started utilizing it as a marketing strategy.

However effective it is, abusing it and depending on it could heavily backfire on your business. So, always evaluate your options because a single mistake can cost you your business. 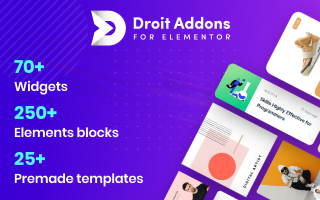 The Ultimate Guide to Secure WordPress...

This Is What You Need to...

How to Rank Fiverr Gig on...

Wanna login to your account?Login
We use cookies to ensure that we give you the best experience on our website. If you continue to use this site we will assume that you are happy with it.Accept